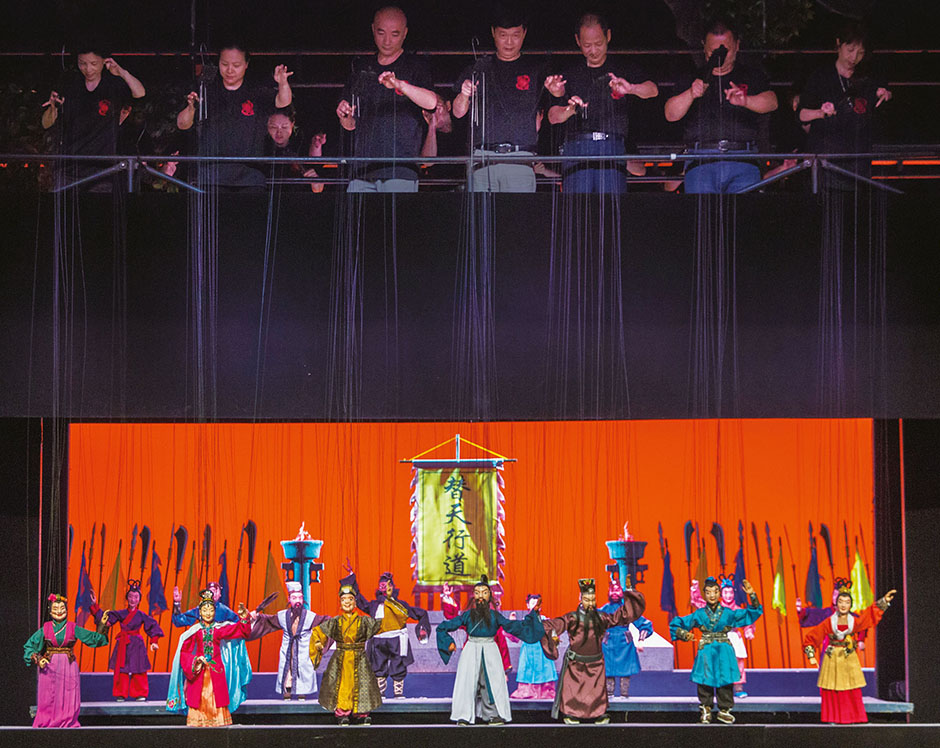 In addition, the troupe had been invited to Beijing for several times to take part in national performance, and the important art activities organized by CCTV, such as “Zong Yi Da Guan” and “Spring Festival Evening Show”. Meanwhile, the troupe has given performance in more than 50 countries and regions for over 150 times, and won prizes in the international art festival and competition. In 2005, it was invited to participate in 2005 China’s Spring Festival Show held in UN Headquarters. In 2007, it participated in China’s Intangible Cultural Heritage Art Festival held in UNESCO headquarters in Paris. On August 8th, 2008, Quanzhou Marionette Troupe displayed the Chinese marionette show in the art performance of the opening ceremony of the 29th Olympic Games to over 4 billion televiewers in the world. In October 2009, the troupe was invited to give performance in the opening ceremony of China Art Festival in the world-famous art center—Carnegie Hall. In November 2009, it participated in Europalia-China Arts Festival in Belgium National Theatre. Meanwhile, it won the contribution award of people’s friendship of the Chinese People’s Association for Friendship with Foreign Countries.