Quanzhou string puppet show, the ancient name of hanging silk puppet, originated from the Qin and Han dynasties. According to the literature, it has been popular in Quanzhou and the surrounding areas since the Fifth Dynasty before the Tang Dynasty at the latest. Since then, through the Song, Yuan, Ming, Qing and even contemporary times, the inheritance has continued. So far, more than 700 traditional plays have been preserved, and the music of the unique genre, "puppet tune" (including "pressed foot drum", "gong" and other ancient instruments and corresponding and the corresponding performance techniques). At the same time, it has developed a set of exquisite and standardized line manipulation (traditional basic line rules), as well as unique puppet head carving, idol modeling art and production techniques.
The traditional repertoire of Quanzhou puppet theater preserves a large number of ancient Minnan language region folk beliefs and wedding and funeral celebrations and other customs. A large number of grammar, vocabulary and ancient pronunciation of "ancient Hailuo language" and Minnan dialect are preserved. There are many precious materials on the repertoire, music and performance patterns of Song and Yuan dynasties, which have multidisciplinary research value. For thousands of years, Quanzhou puppet theater has not only coexisted with the rituals of birth, old age, sickness and death of the people in the Minnan language region, but also spread to Taiwan Province and the Chinese and overseas Chinese settlements in Southeast Asia from the Ming Dynasty onwards. 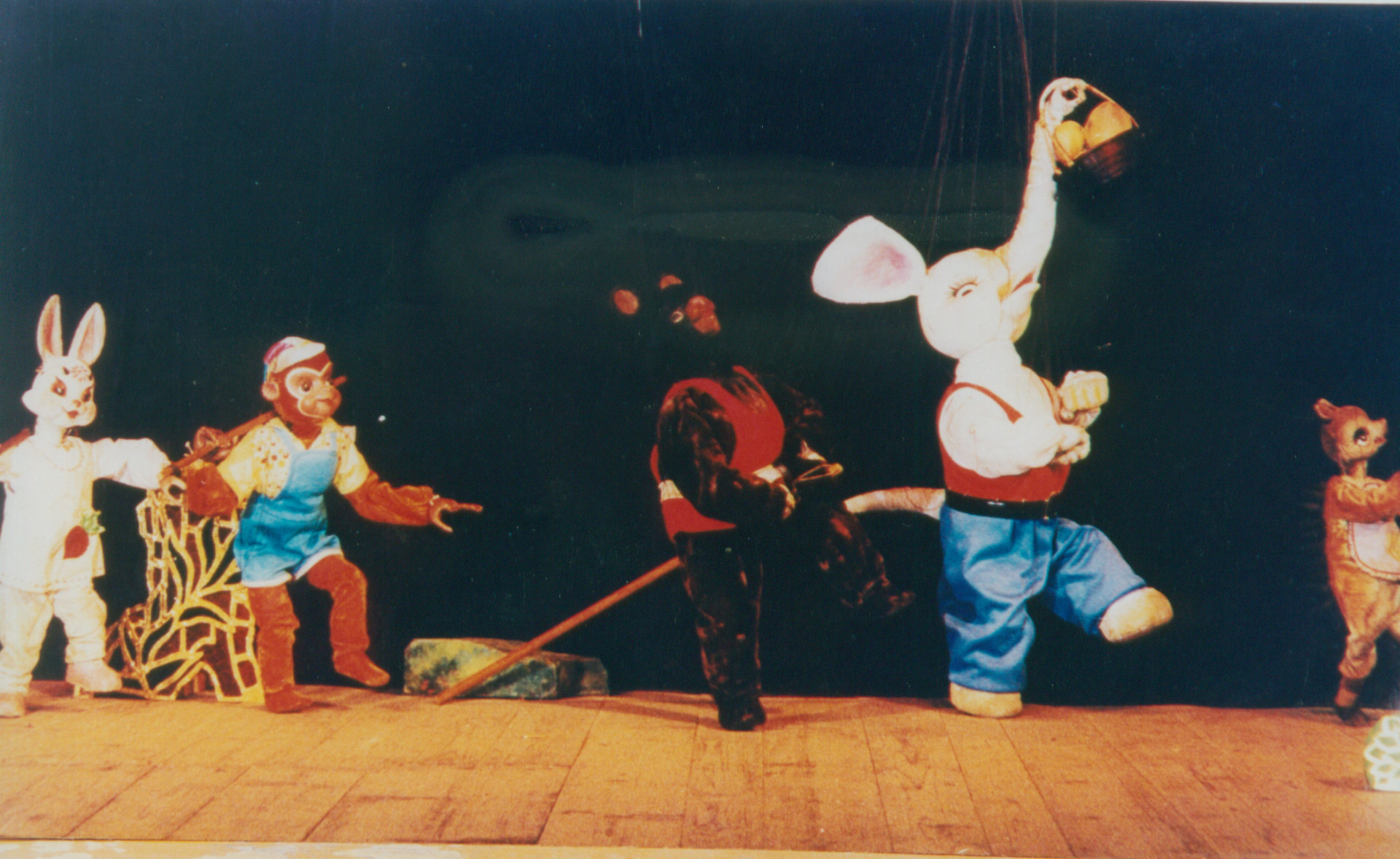 The Rock of a Thousand Peaches

The little monkey took the white rabbit to the deep mountains to look for the magical and fascinating "Thousand Peach Rock". But where is the "Thousand Peach Rock"? With the guidance of the old goat, the little monkey and the little white rabbit understood the truth that "to eat good peaches, you have to plant good peaches to open the mountain". They united with their friends, such as the little gray elephant and the little black bear, to make the wild mountain into a rich and beautiful peach rock, and worked together to destroy the wolves and voles who wanted to take over the peach rock. The peach grove was filled with joy, and the songs rang out in all directions. 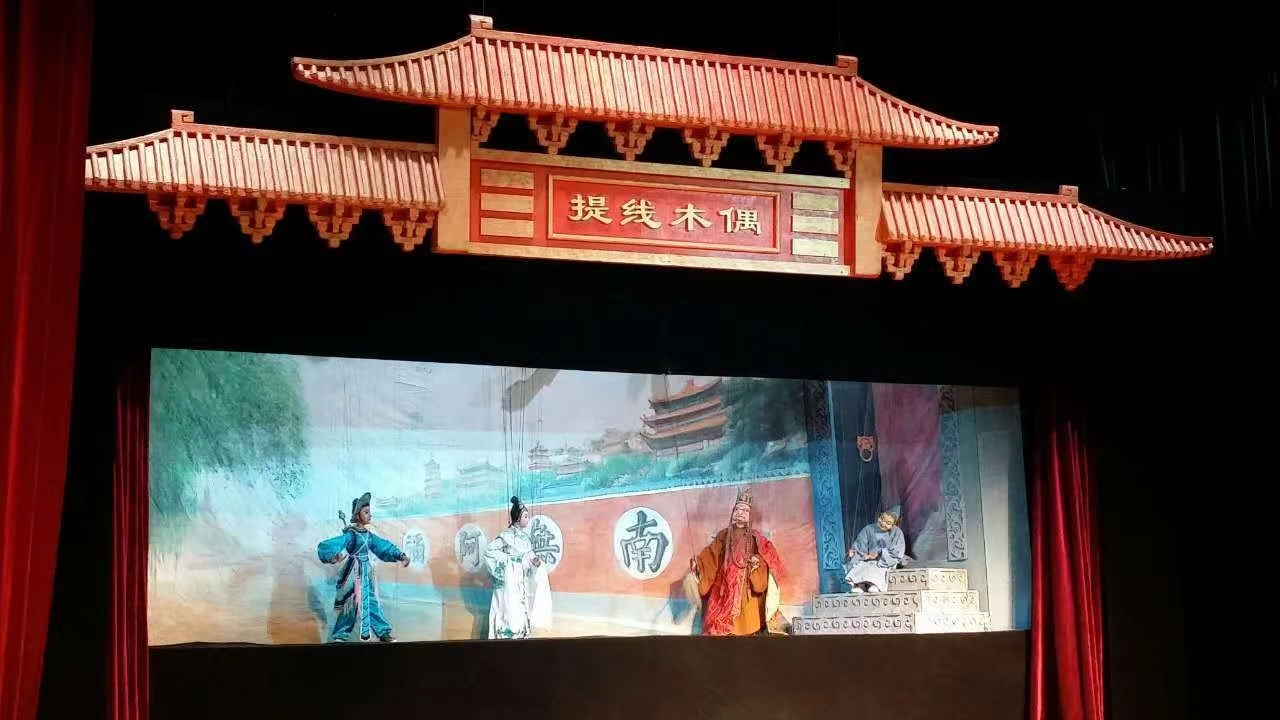 The Mountain of Water

"Based on the Chinese folk tale "The Legend of the White Snake". In order to break up the beautiful marriage between Xu Xian and Bai Niang, he forced Xu Xian to become a monk in the Jinshan Temple. The White Snake Lady went to the temple to claim her husband, but was refused by Fahai, gathered the water tribe, flooded the Jinshan Temple. Fahai invited the generals, but also can not resist. The White Goddess rescued Xu Xian, the couple reunited. The traditional play of Quanzhou puppet theater, "Water Wandering Jinshan", is the first classical play of the new Chinese puppet theater to go abroad and obtain international awards. Although the play has similarities with the folk legend "The Legend of the White Snake", the story development and ending are different from the folk legend, rich in the unique interpretation of the genre, which is rare for other opera varieties." 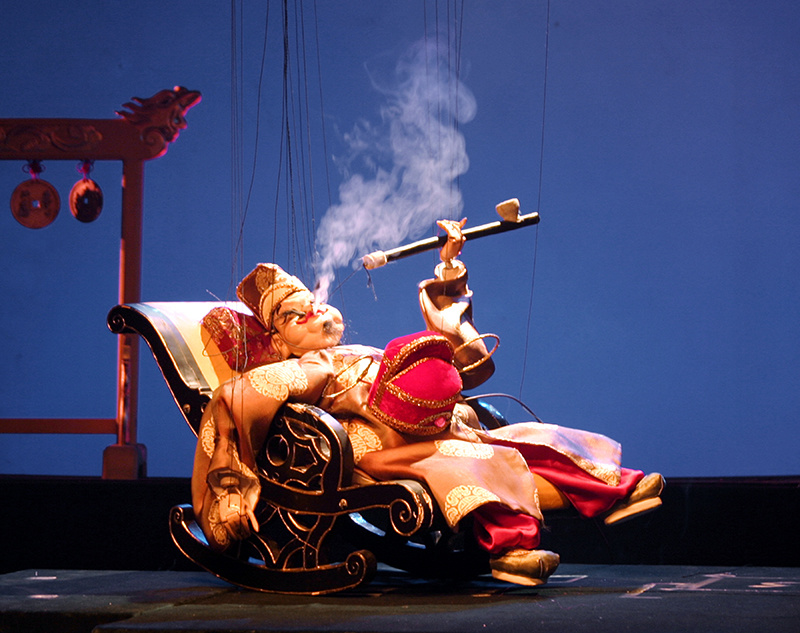 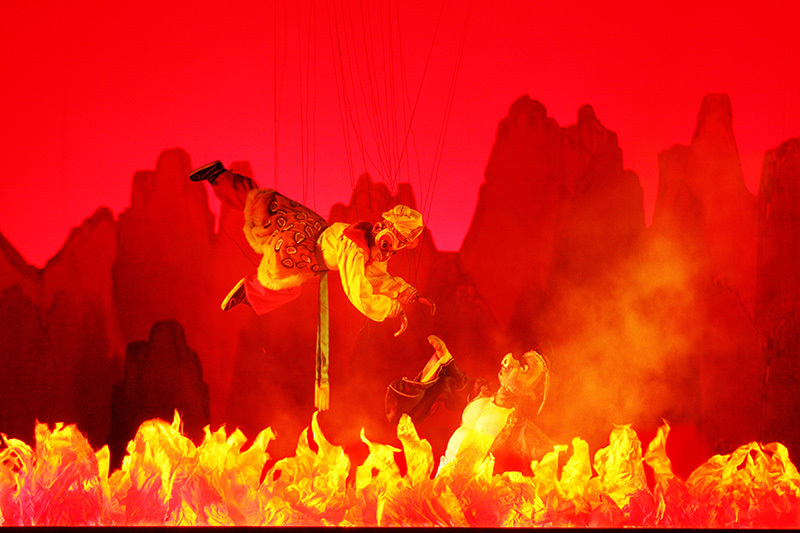 The flaming moutain is adopted from the classic Chinese novel "Journey to the West".Tang Seng and his disciples are stopped by a flaming mountain on their way to the west. Sun Wu Kong (monkey king) attempts to borrow the Plantain fan from the Princess of Iron Fan to put out the flame. The story is about how Sun Wu Kong fighting with the princess of lron Fan and eventually obtain the Plantain Fan. 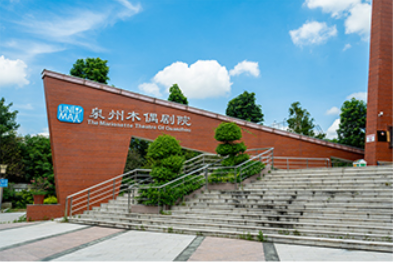 Dear Audience. Due to other performance arrangements, the performance of the Small Theatre of Quanzhou Puppet Theatre on November 22nd will be cancelled and resumed at a later date, please inform each other. We apologize for any inconvenience caused to you. Thank you for your understanding and cooperation!

Dear Audience. Due to other performance arrangements, the performance of the Small Theatre of Quanzhou Puppet Theatre on November 22nd will be cancelled and resumed at a later date, please inform each other. We apologize for any inconvenience caused to you. Thank you for your understanding and cooperation!

Dear Audience. Due to other performance arrangements, the Center (Quanzhou Puppet Theater) will suspend performances from the 23rd. Please inform each other that the resumption time will be announced. We apologize for any inconvenience caused to you. Thank you for your understanding and cooperation!

Although Zhong Kui, a talented scholar, was a top writer, he was ugly. The Tang emperor did not accept him on the basis of his appearance, so Zhong Kui killed himself in anger and was appointed as a great god of demon repelling by Yan. However, the demons were not eliminated. Zhong Kui was so depressed that he drowned his sorrows in wine. However, in the midst of the drunkenness, he never forgot his sacred mission and still devoted himself to the eternal battle of exorcising demons and eliminating evil.