Introduction to the genre 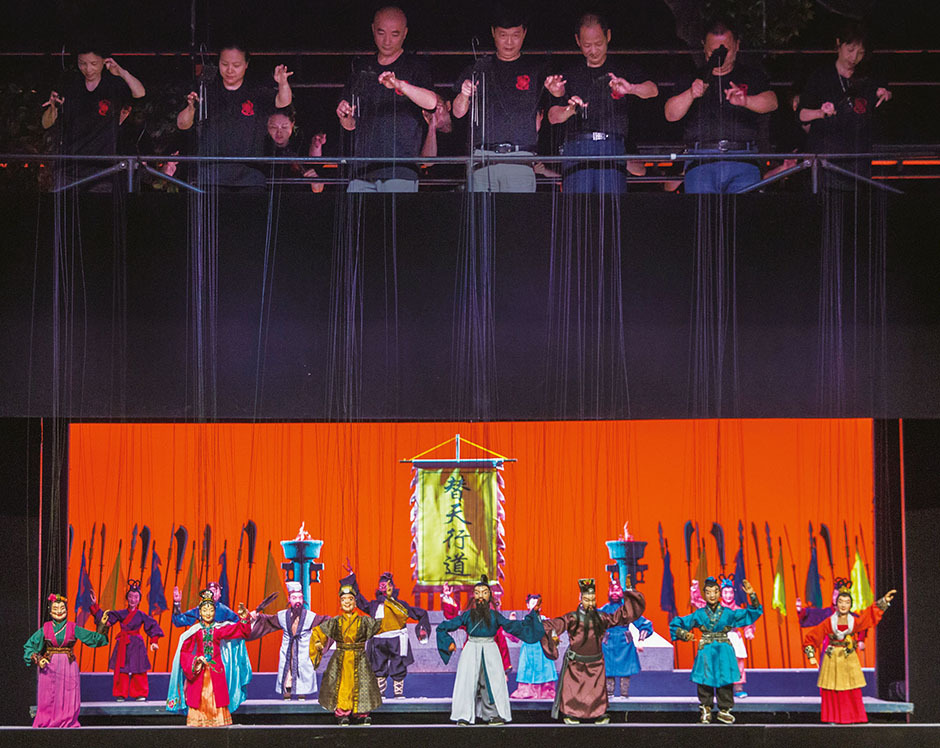 The Quanzhou Puppet Theatre was founded in 1952.

Since the establishment of the troupe, the mythological play "Water in the Mountain" and the children's play "Harvest Celebration" went to Romania to participate in the "Second International Puppet Festival" and won the second prize (the first prize is missing) and the silver medal;

The mythological play "Flaming Mountain" and the children's play "Thousand Peach Rock" were awarded the first prize in the "30th Anniversary of the Founding of the People's Republic of China" in Beijing;

The fairy tale play "The Slanderous Cat" won the award from the Ministry of Culture when it was presented at the "National Puppet and Shadow Show" in Beijing;

The mythological drama "Taiji Tu", participated in the "17th Drama Exhibition in Fujian Province", won the "Puppet Drama Innovation Award", and was invited to Beijing to participate in the "1st China Arts Festival";

The mythological play "Save Mother from the Splitting Mountain", the small play "Taming the Monkey", "Drunkenness of Zhong Kui" and "Lion Dance" were invited to Beijing to participate in the "National Puppet and Shadow Show", and won many awards such as Outstanding Play Award and Outstanding Performance Award;

Puppet master Huang Yiyou won the "Special Honor Award" of the Ministry of Culture and the "Hundred Flowers Literary Award" of Fujian Province;

The modern drama "Go to the Banquet and Dou Hat Mountain", the song and dance drama "Lantern Festival" and the fairy tale drama "Thousand Peach Rock" went to Croatia to participate in the "32nd International Puppet Competition" and won the highest prize - the collective special award and the "Maribor Festival Award" in Slovenia. Maribor Arts Festival Award" in Slovenia;

In 2003, the large classical satirical comedy "The Minister" won the "Golden Lion Award" of the Ministry of Culture for the second national puppet and shadow puppet competition, the gold medal for the play, the award for scriptwriting, the award for directing, the award for stylistic design and three awards for performance;

In 2009, the mythological drama "The Flaming Mountain" won the first "National Outstanding Preserved Drama Award" of the Ministry of Culture;

In 2012, the large-scale puppet play "The Orphan of Zhao" won the "First Prize of the Play" in the 5th Fujian Arts Festival and the 25th Provincial Drama Festival, and other awards.

In 2014, "The Orphan of Zhao" won the highest prize "Best Play Award" in the competition of "The First China Nanchong International Puppet Art Week";

In 2019, the modern drama "Butterfly in Iron Window" was selected as one of the outstanding red tourism performing arts plays in China.

In 2020, "The Flaming Mountain" was selected as one of the key works supported by the Ministry of Culture and Tourism in the "100 Years of the Establishment of the Communist Party of China Stage Art Excellence Creation Project", which is a rehearsal plan of traditional excellence.

He was born in Quanzhou in 1977, has a bachelor's degree, and is the second grade choreographer of Quanzhou Puppetry Heritage Protection Center.